The simple straightforward answer is no. Electric car chargers vary this is why it is essential to contact an independent car charger installer for advice. People with solar panels will be best suited to a charger that can take the power directly from their solar panels. That is of course if they are not at work and they can charge in the day. Companies who want data and to charge drivers the cost of charging will need a smart charger. Those companies who just intend the charger to be of use for the MD and staff might not want to charge the electricity usage. They would be happy with a dumb charger. Other companies may want banks of chargers. The list goes on call 0121 2850136 for advice

Electric ar charging Installation company in Solihull advise-When charging your EV electric car at home, you have two choices. You can one plug it into a standard UK three-pin socket, or two get a special home fast-charging point installed. 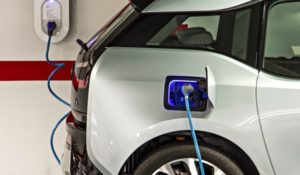 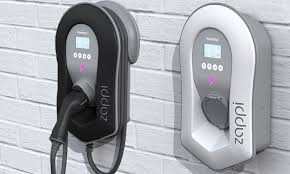 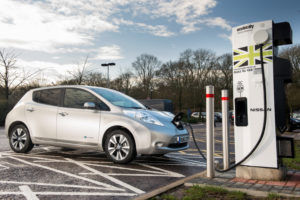 Able Electric EV Car Charger Installation Solihull advise – Full electric and plug-in hybrid cars are growing in popularity and now come in all shapes and sizes, from two-seater city cars to 4×4 off-roaders. Electric vehicle (EV) technology has developed greatly since the milk float, and as performance and range increases, purchasing an electric vehicle is becoming a very real option for many people.

One of the main benefits of electric vehicles is their environmental credentials. Unlike petrol or diesel cars, electric cars don’t emit any of the gases that contribute to global warming, making them a great choice for anyone who cares about their carbon footprint. As one of 13 members of the Zero Emission Vehicle Alliance, the UK has pledged to make all passenger vehicles sold “zero-emissions” by 2050.

For the best car charger installer in Solihull  ABLE ELECTRIC The Car Charging Company is a Government-approved installer of electric vehicle charging points at homes, workplaces, and destinations across the UK.

Our experts work in partnership with leading designers and manufacturers of electric vehicle equipment, such as Wallbox– Rolec EV – EO Limited –Pod Point, and many others to provide you with a high-quality one-stop service.

How fast can you charge an electric car?

Put simply the time it will take to charge will depend on the size of your car’s battery and the speed of the charger you’re it plugging into.  Illustrated in this image, using the Nissan LEAF and a home charger as an example:
Click Here
Domestic

Battery size all You Need to Know

Battery size Electric cars are available in a variety of battery sizes to suit different driving needs.  In terms of charging; the bigger the battery in your car, the longer it’s going to take to fully charge. The current Nissan LEAF has a 40kWh battery,
Click Here
EO Charger

Slow charging your electric car with a 3 pin connector

Almost all new electric cars (excluding the Renault Zoe) will arrive with 2 charging leads, a type 2 cable for plugging into EV charge points, and a 3-pin plug charging cable that you can connect to a regular domestic electricity socket.
Click Here
Zappi Charger

‘Fast charging’ refers to chargers that can deliver between 7 and 22kW of charge per hour. 7kW fast charging can take place at home on an electric vehicle charge point and on some public charging units too.
Click Here
Rolec Charger

If home charging isn’t an option or you’re traveling a bit further afield and need a boost ‘rapid chargers’ are what you need. Unlike other public charging points you won’t need your own cable to connect to a rapid charger
Click Here
Domestic

Electricians you can trust

We are a family-run firm with a long history of providing high quality, professional electrical repair services and installations across the Midlands.

Electrical safety is essential to protect those living or working in your home or commercial premises. Faulty wiring can result in electrocution or even death..

From flats, apartments, 1, 2, 3 or more bedroom homes, we can provide a full re-wiring service so that your home meets current standards. Why not get lighting upgrades.

We cover all areas of the West Midlands including Birmingham, Coventry, Dudley, Oldbury, Solihull, Walsall, Tamworth and the areas listed below. If you cannot find your area on the list, please enquire to see if we work in your area and get a quote

As one of the most respected electrician Mosley Solihull Elmdon we have many happy customers, most of whom come from recommendations and word of mouth. We are proud to support homeowners and businesses throughout the West Midlands.